On the 16th of this month, Democratic Congressman Anthony Weiner resigned from office thanks to his own political party.   As I was finishing up my run at the gym, the breaking news bulletin was just beginning.  It made me a little sad that it ended up like this.  It’s not that I condone his actions, but what about Republicans like The Governator, who now has a “new” kid;  John Ensign, who carried on a two year adulterous affair with one of his staffers; Paul Stanley, an evangelican who cheated on his family with a 22 year old intern and nude photos were involved in that little brouhaha as well?  Oh, and my personal favorite my favorite toilet toe tappin’ Senator Larry Craig!!

In comparison, a few pics vs. actual sneaky sex pale immensely in my opinion.  People are arguing that the guy lied about the pictures and that’s why it’s such a big deal.   My answer to that: He’s a politician!! They all lie!!  That’s what we pay them for.  At least that’s what it seems like that’s what we are paying them for.  All we ever get is political theater.  There is never any true action that happens.  Take for example, the deficit.  The tax payers are going to be paying a shit-ton more in interest on that debt (even though we can’t afford to) while Congress pretends to be concerned with cuts that aren’t even going to make a scratch on the overall amount AT ALL!!  But the politicians pretend that it was going to make such a difference.  And we buy it.  Why? Because we pay them to lie to us.  To make it feel like things are under control.  If the deficit was America the amount that they wanted to cut would be the equivalent of a city block.  If you look at a map of the states in it’s entirety, would you miss a single city block?  I bet you wouldn’t even be able to notice.

So back to Weiner…With Fox News, the “unbiased” (excuse me while I crap my pants laughing at that!!) “news” network owns the majority of the news media, I feel like the weiner was grilled a little longer than usual in an attempt to begin swaying the public for the 2012 elections.  What I have a problem with was that Weiner should have fought more.  He could easily have said “Hey, I’m human, and I made a mistake.”  Then  use that tenacity and knack for words to rebuild your career.  I mean it worked for Chris Brown, right?

What does this have to do with theatre or the site, you may ask.

Two things that strike me: First, I say fight my fellow dream seekers!! Don’t get pressured into doing what the mass thinks you should.  If your dream is all that you are, then fight.

Secondly,  Politicians, after years and years and YEARS of lying and cheating, still haven’t realized that even though they have the opportunity to do something forbidden it doesn’t mean they should.  You are always being watched.  Just like when you go in for an audition, the moment you walk in and interact with the people around you, you are creating an impression.

I love to listen to everything that the staffers say.  I want to learn and not make the same mistake that someone else made, or make the same choices that the previous actor has made.  Being mindful of the little things that people say to others, when it’s not private, is a good skill to obtain.  Often times, it’ll only help you become better at your craft if you let it. 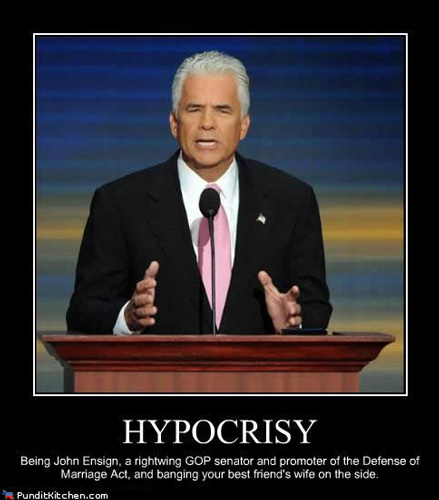