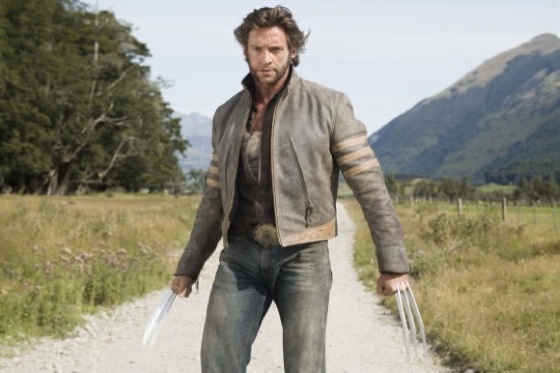 Well, maybe not yet…

You know, when I watch the old MGM or Universal musicals I feel like I was totally born in the wrong era.  To be a dancer in any of those massive production numbers would be my idea of a fabulous time!  To dance in the same room as Gene Kelly, one of my heroes, or Danny Kaye, another wonderful performer, or Ann Miller, or Cyd Charise, or… (I could go on and on) would be bliss I tells ya!

Fast forward to the present and we see that somehow, the musical has luckily found it’s way back to Hollywood.  While it hasn’t always been as amazing (Rent, Phantom of the Opera) as some of the movie musicals back in it’s heyday, the fact that musicals are becoming more accessible to the people that can’t afford to always pay $60+ to sit in the nose bleed section to “see” a show, has me jumping for joy.  Movies like Hairspray, Mamma Mia, and the Oscar winning Chicago have helped to bring more musicals to the silver screen.  Not only that, these metamorphoses from Broadway stage show to movie musical have featured some of the most emotionally diverse array of casting that leave you wanting more or wanting to punch the star in the throat (Yeah, I’m talking to you, Pierce Brosnan!)

Hushed whispers have been circulating here and there that the head honchos of Universal, director Tom Hooper, and the big wigs at Working Title have set their sights on Hugh Jackman for the lead in their planned production of the Broadway mega-hit Les Miserables.  No negotiations have been made as of this time, so it’s still just rumors. But still, how awesome would it be to have Wolverine play a man on the run trying to redeem himself for his past and creating a new virtuous life.  Wait, is that redundant?

In any case, Jackman is a talented man, so it’s certain that he’ll do a decent job singing this incredible role. But, guess who has actually read for the role of Javert and sang some of the songs from the show?  Mr. Paul Bettany!!  If anyone looks like a strict policeman without a heart, it’s Bettany.  HOWEVER, just looking at the stature of the two men, either Jackman needs to slim down or Bettany needs to bulk up.  I feel like these two character are similar, but on opposite sides of the “law.”  To me, I would like to see the characters portrayed nearly identical in strength and intensity.  Jackman is always gonna be a badass in my book, so it’s already a little lopsided.  I’m just sayin’.

The script is already completed for Les Miserables, so the movie is gonna happen.

Another movie that’s HAPPENING is Rock Of Ages!! With Tom Cruise as the lead, I can’t wait to see if he’s gonna need a throat punch as well or if I am going to want to watch it again.  I think this is an amazing snap shot. I just hope that the voice behind it matches. 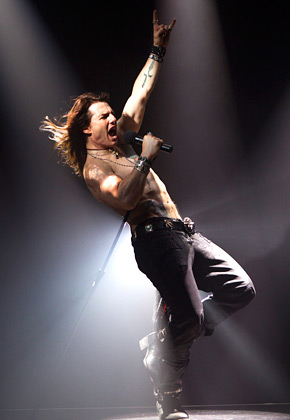