I am not one to walk under small bridges thanks in part to my paranoia.  The other part is because every movie or show that has one always portrays it to be bad.  The last thing that I need to happen is to walk under one of those minding my own business and finding a body or something.  Bleh.

Last Saturday, I had to do exactly that.  Luckily I didn’t have to do it alone.

Last Saturday was the evening that the Take Steps Walk for Crohn’s and Colitis took place.  As we parked the car and walked up to the park, there didn’t seem to be many people at the event. 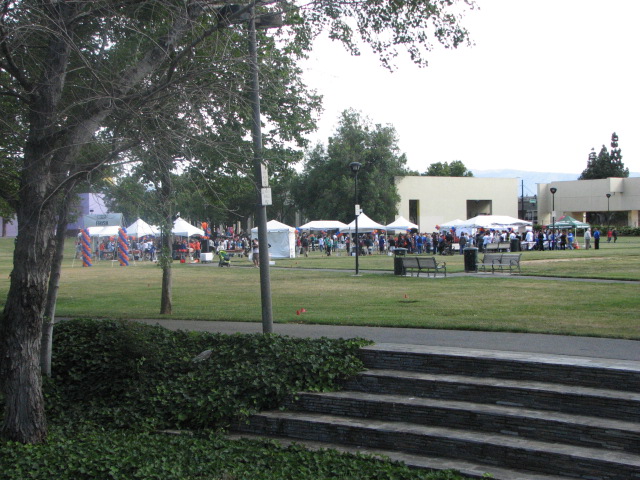 As our team (Carrot’s Coffee and Tea) signed in and such, I began to feel just slightly squished even though I had plenty of space.  When I looked around again, the crowd seemed to have doubled in size.  The end count I recall was just over 850 people.  Not bad, considering Crohn’s and Colitis aren’t generally spoken about as commonly as cancer or AIDS or diabetes.  It’s just as brutal as the afore-mentioned diseases.  I can tell you that it was definitely more that the number of people who participated in the last few walks that my friends and I have done.  It’s good that word is finally getting out.

So as the teams prepare for group photos, there is a band playing. I didn’t catch their name, but I did notice that there didn’t seem to be a sense of fun on that stage. 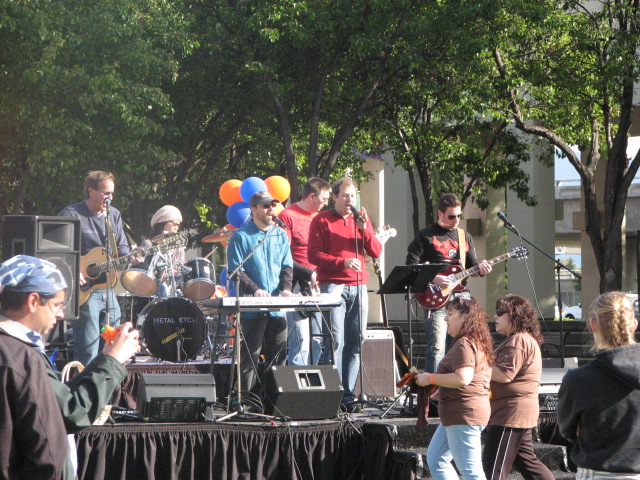 I know that one never thinks of diseases and fun in the same thought but I just felt the band should have stepped it up a notch to excite the crowd for what we were accomplishing on that day.  Speaking of accomplishments, the San Jose walk alone raised over $140,000 which was the most the San Jose event has ever made. Additionally, our team actually doubled our goal!!!  So a HUGE HUGE thank you to everyone who was kind enough to reach into their pockets and give to a worthy cause!

No one on the team knew what path we would take, so when we headed toward the little creek that runs through the Discovery Meadow Park, I got a little jittery.  What would I see?  Bullet casings?  Blood stains on the pavement?  I made sure to squeeze into the middle of my friends while we began our ten step decent to, as it turns out, nothing spectacular. 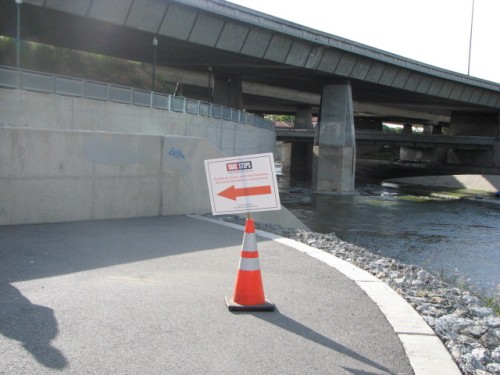 Once we got into it, we just enjoyed the day and were happy in our efforts to make a difference.  Well, except for my buddy, Tom.  He doesn’t seem to be happy, but I think it’s the glasses. 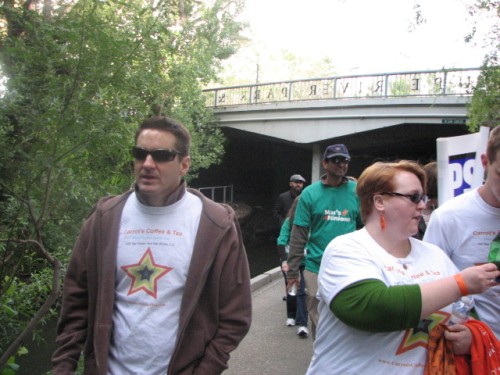 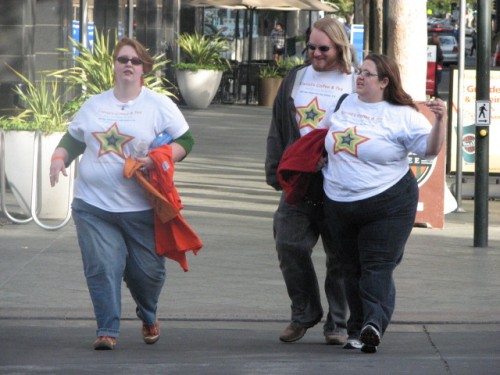 The walk itself was uneventful, except for the times when the police stopped traffic so that the walk can keep a steady pace.   It was like a river, no…more like a creek of people walking.  Finding the front of the line was difficult right off the bat.  Our group tended to split up between the speed walkers and those of us that were out on a casual stroll.  So at times we could be heard shouting for our teammates as other teams looked at us as though we were insane to be acting like hooligans at such an event. 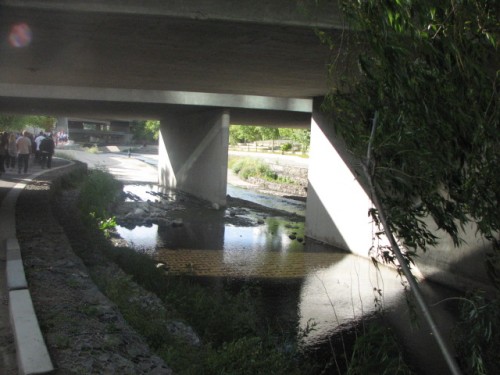 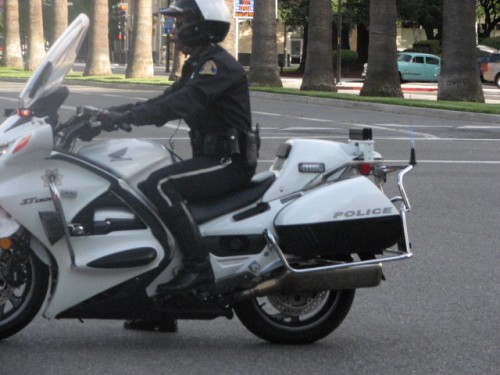 The walk felt very short for some reason, but when all is said and done, it always feels good to try to help someone.

After the walk, we marched on over to P.F. Chang’s.  Such wonderful food.  Our waiter was great, even if everything he said was an accidental double entendre.   Ah, good times, good times.

I know I haven’t read every piece of literature, but many of the things I’ve read seem to agree that while genetics can certainly play a part in how one could be at risk of Crohn’s, they also say that environment could be just as responsible.  What I find most unnerving is that they don’t give any examples of possible environmental triggers, like standing at the microwave while your food cooks (which coincidentally you should never do.  Also, I’ve read you should wait at least 5-10 seconds before opening the door to let the micro-waves, which are a type of radiation, dissipate. Most health related studies linked to microwaves are “inconclusive”, but it’s best to be safe than sorry.)  Here are a few links that I have found information on Crohn’s Disease.  If you would like to learn more, you can get an overview HERE . This site gives information from well-being and treatments to nutrition info and support.  The organization Take Steps that is involved in helping to find the cure for this disease is also linked to CCFA.org which has a wealth of information.

In any case, take care of yourself, and should you decide that you would also like to donate even though the walk has passed, feel free to visit my donation page  by clicking HERE .

Have a great day!

Special thanks to Samantha Stidham, Lisa Milanes, Kyle Dunnigan, Podsafe Music Network, and Danny Ippolito for their contributions to Episode 5.  Check out the shownotes for this episode by clicking HERE.

Hope you enjoy it.