Let’s go for a little time travel adventure, shall we?

The time is the late 1920’s, speakeasies are a plenty and the music is “hot.”

Times are a tough and, like now, they are especially tough for musicians.  Enter two jobless friends that are just about at their wit’s end when just by accident they witness the St. Valentine’s Day massacre.  The killers begin a manhunt for the witnesses.  So, what is a good way to escape a manhunt?  To join an all-girls jazz band!

Scheduled to open at the Saratoga Civic Theatre on March 2 – 30, Sugar is sure to get you laughing and having a great time.  You can get your tickets HERE.  I recommend that you call 408-268-3777.

I would recommend calling because you can get specific information on which seats are available.  Matinees are already 2/3’s sold out.

We had our first read thru last night, and there was a ton of laughter happening.  I happened to have noticed on one of my personal readings of the script that the ensemble really REALLY does have a lot of work to do.  I’ve been in several shows as an ensemble member where we are promised that there is a lot to do only to find that by “a lot” they mean an additional scene or two from the 4 or 5 you’re already in.  I feel like in nearly almost every scene there’s potential for the rest of the cast to come out and play.

Everyone is excited for this project and it was invigorating to feel that energy.  Our director for this show is Rebecca Brownson, with Lisa Callaghan (Choreographer), Andrea Kline (Vocal Director) and Tony Gaitan (Music Director) rounding out the rest of the creative staff.  For a list of the cast you can find that HERE.

Some of you may be wondering what is up with the header picture.  Well, I was trying to figure out what kind of outfit I would be wearing.  Wanna venture a guess?  I haven’t seen any of the costumes yet, so I don’t even know.  It’ll be a surprise to me as well.  I wanna make a contest out of this, but have no idea what to do?  Maybe say, choose an outfit from above, the people who choose the correct style will be entered into a drawing for free tickets to the show…Yes, that sounds great!

Did you catch that?  Here’s the contest… choose an outfit from above, the people who choose the correct style will be entered into a drawing for 2 free tickets to the show.  The contest will close the day before the costumes are announced, which is at this moment is unknown.  You at least have until the end of January to enter.  Type in your pick in the comments section on the website and not on Facebook or Twitter.

GOOD LUCK!!!
Now to follow in the footsteps of the great Tony Morse… 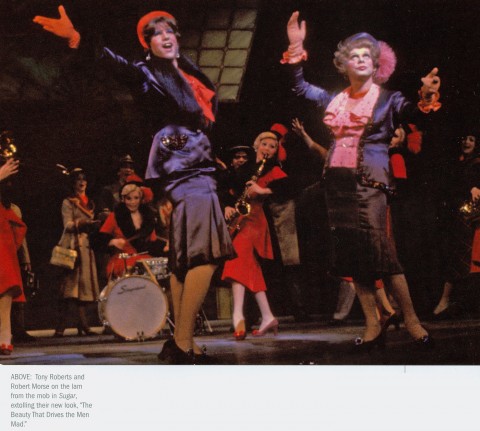 AS OF 2/21/13, the contest is closed.  No guesses, so now the tickets get returned to the show’s producer. Sorry

I finally have an Episode 4!

I realized that I really did ramble on and on and on.  So I took the extra time to edit out all the excessive stuff and did my best to keep it concise.  Show notes will be added very very shortly as I am working on them right now!  Also, I have added a new photo album to my Facebook page with some pics of the Breaking Up cast.

Without further, adieu  I present Episode 4

Thanks for taking a listen.

Next week, I’ll have a contest for a cute little character named “Carl”!