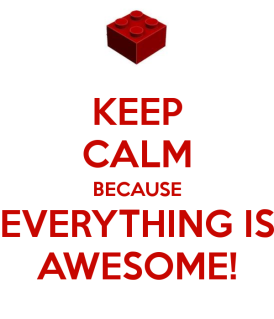 So this afternoon is the closing performance of my first show at the Pear Avenue Theatre Company, Super Villain.  It has been a blast for sure.  It was incredible to work on something that was totally nerdy and way edgier that anything that I have ever worked on in the past.  Also, to do it with a company that I never had worked with before makes it that much more memorable. We had some audiences that were just average but we had two nights where the viewers were just catching every reference that was being thrown out there and in turn, we the cast, had a blast.  We did have a night where the laughs were few and far between, but most were appreciative of the show.  I am apprehensive/anxious about how the show will go over on today’s audience.  I know, I know!  I can’t control that issue, but I really want this show to close on a high note.  So I have my fingers crossed that the average age of the viewer is closer to me than to my grandmother.

After my realization/breakdown with A Chorus Line, I, in earnest, began to seek out different theatre companies and opportunities to work with.  I sought advice from my dear friend, Bill Starr, and ran with it. While it scares the ever-loving bejeezus out of me, I forced myself to try those places.  I am really glad I did.

While I have had only a handful of auditions at other places (okay, okay! It was only three auditions in total) one of them has extended it’s hand out to me and offered me a role that I have had on the ol’ bucket list.

I don’t know if I am at liberty to tell, but after waiting a week and getting no response if I can or cannot, I am just gonna spill the proverbial beans…

Next May, down in Gilroy, I will be performing the role of Che in Evita!

Evita is the Cinderella story of Eva Peron, who tragically died of cancer at the age of 33.  She went from rags to riches, using not just her sexuality, but also her brains.  She knew that being smart wouldn’t be enough to get her what she wanted so she used her body as a short cut. I know there is more to it, but that is the Evita for Dummies version. I know there are some Andrew Lloyd Webber haters out there, but what care I?  I have loved this show for decades and now I get to be a part of it.  I thought that I would never get to do this show because it is so rarely performed and most recently it was done in the Northern Bay Area, but I already had commitments to another show.  I thought my chance was long gone.

I am so friggin’ happy that I was wrong! I am past excited to start rehearsals in February that I wanna skip over Christmas and New Year’s and just get to work.  He may not know it yet, but my good friend Kevin, offered to help me with music stuffs, so he’s going to be a busy guy! That’s what I love about him, the blind offers.  Of course, I have to make it through the opera first.

Yes, dear reader, you have read that correctly. I am going to be in an opera.  Not singing, no.  Are you kidding?  I can’t do that.  No, my dance teacher is going to be choreographing an opera called Carlotta that takes place in the 1800’s in Spain, I believe.  I will be strictly dancing.  What I am really looking forward to is that her pieces are always great, but they differ than what she teaches in classes, so it will be fabulous to really dance the heck out of her work.  I mean, it’s kind of hard to do it in a class that is full of people.  Here there will only be 6.

I am really excited that the first part of the year is shaping up so well.  I really look forward to what the second half will bring.  Especially after the SF TBA General Auditions!

But THAT is a story for another day.

As I sit here sipping on my very large iced coffee, I am trying to remember if there was ever a time that my car door had frozen shut... no. no that has never happened. 😁 It could be becasue I have never had to be up and out the door early enough that it had warmed up enough to thaw my car.
Ever since his murder back in 1998, I have always had this fear that it could easily happen to any of us. All it takes is enough fear and anger. It is sad and each year it is heartbreaking to remember. Today could have been Matthew Shepard's 46th birthday.
After over 25 years, I can retire my old sad bagged #vacuum. I splurged on this deal on cyber Monday and now have a gorgeous midnight blue cordless vac. Best of all there is a frickin mop attachment for it!! You bet your bottom I bought 'em!
OMG!!! I am full of nerves!!!! Some family from Nevada will be in the audience tonight!!!! AAAAAARRRHHGGGG!!!
After a day of watching the 4 hour Rock and Roll Hall of Fame Induction Ceremony, I figured I will continue being inspired by #legends today.
Oh it is about to happen!!!!!
YOU GUYS!!!! IT IS #OPENINGNIGHT!!!!
#openingnight🎉 is next week!!! How exciting!!!
Only 2 weeks away from #OpeningNight!!!
I am so happy right now I can't even stand it! 😁😁😁 I am kinda mad at how happy I am. LOL The drive to #rehearsal is going to take forever!😳
Have a #spooky and safe day!!! Unless you don't like spooky, then just have a super fun day.
IT IS #FRIDAY!!!