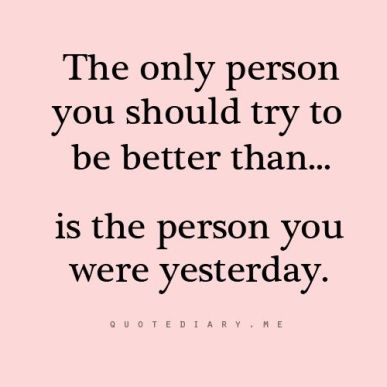 Every new year finds articles and lists of the same old cliché of “new year, new me.” Ugh!😞😴 I get it. All the resolutions and fresh starts and what not. It makes sense. It really does.  Do I really need a “new” me?

I used to fall into that same sort of pit of quicksand every year.

Yes, I know last year was a political poop show for America for we are now “‘Merica; Inc.🇺🇸” No longer the land of the free and home of the brave that we used to be since we are losing freedoms quicker than a tapper can shuffle off to Buffalo. But that is not what I want to talk about.😶

2017 allowed me the opportunity to check off a bucket list role that I didn’t ever think I would get to play AND one that was a little lower on my list than the top 10 but still just as incredible.  In addition to Paul (A Chorus Line)✨ and Hysterium (A Funny Thing Happened on the Way to the Forum)🃏, I got to add Carl Hanratty (Catch Me if You Can) and Cheech (Bullets Over Broadway)✍ to my resume. All of which I am incredibly grateful for and proud of and it just happened that I had received pretty good reviews for.😄😄😄

Now to the point, Dear Reader, because that last paragraph sounded super braggadocios. In all four shows, I followed my tried and true methods of preparation and instinct to build my roles. That process has gotten me into some wonderful patterns and discoveries of myself and my character choices. I also was lucky enough to work two of those shows with another actor that is on her own journey of discovery. 👍

One day during rehearsals for Bullets, she told me that she was inspired by me because I live honestly and fully in my passions. 🙀I was floored.  What can you say to something like that? It is one of those moments that made me look at the way I live. I love who I am.  💖Some people may not, but I do.  So why in the world would I need a “new” me?  What I would like, however, is a better me.  One may ask, well isn’t that the same thing? No. It isn’t. A new me would imply that I don’t like enough of myself and that I want to overhaul most of what makes me me. I just want upgrades to certain things.  There are times I get too comfortable in my methods and routines that when things get a little shaken up, it turns my world wackadoo. I don’t know about you, Kind Reader, but when that happens, I stress out and worry that my whole way of prepping is going to fail. That is SO not a good mindset to be in.  It just so happened that I had that experience twice last year.  In the end, it was a wonderful learning tool for myself, but if I can get out of my “usual” I think I would be more effective and efficient for projects that have a different pattern than what I am used to. I am planning to head back into study mode for 2018. Because I want to be sure that I am learning and growing, I decided that it would be beneficial to stay off of the boards while getting my system upgrades. I want to be as open to this new information as possible.  I feel that jumping from show to show like I have done the past 6 years would divide my attention too much to accomplish my task as fully as I would like. So not new, just better.

So forget all that new year, new me, Gentle Reader.  I am sure You are a pretty amazing person already.  👏👏 So what do you think about the “New Me” madness that media tries to shove on us? If you would like to, which one of your “files” would you like to upgrade?

next up on the agenda #BRUNCH!!! 🥂🍾🍳🥓🍾🍾🍾🍾🍾🍾🍾🍾🍾🥂 #cheersdears #hellomimosamyoldfriend
when a friend from works makes her own kahlua and BRINGS YOU 2 BOTTLES!!! #ohmystarsandgartersthatsgood #yummy #ineedtolearnhowtodothis
I use a planner to keep track of stuff and today was the first time that I thought of this. LOL My coworkers thought it was hilarious, as did I.
OH MY!!! just got my order from @prettysoapcompany last night and this stuff is like rubbing on little clouds of ❤. Really digging it! Been washing my hands A LOT lately and the winter skin on top of that just made my mitts rough AF. This really makes me happy for my knitting too!!! 🧶🧶 #guyswhoknit #guyswhocrochet #yarnplay #winterskinsux
%d bloggers like this: