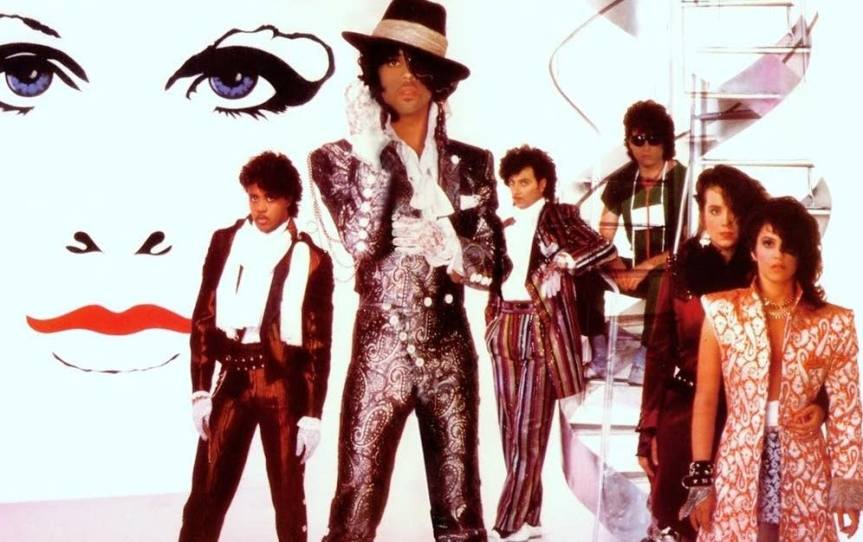 As the world knows, the incredible artist known as Prince died on April 21. Like everyone else, I was a fan.  It was a very sad day when this news was released.

During the past weekend’s performances of Boy From Oz in San Francisco, there was a sadness that came over me as the cast stood in the wings waiting for the final number of the show “I Go To Rio.”

For those of you unfamiliar with the show, BFO is essentially the life of Peter Allen.  Mostly known for writing the songs “The Best That You Can Do” (AKA Theme Song from the movie, Arthur, which starred Dudley Moore and Liza Minelli) and “I Honestly Love You” sung by Olivia Newton John.  He is also known for being the first husband of Liza Minelli, who has had the tragic luck of picking gay men to marry.

The show covers not only his meeting of Liza, but first, her mother, the amazing Judy Garland. It progresses through his parting ways with Liza and falling in love with Greg Connell, who, like Allen died from AIDS.

But back to the show…

The song just before the finale is “Once Before I Go” in which Peter sings a beautiful good bye to the audience.  The song was actually written for Allen’s friend, Ann Margaret, when her husband had passed away, but I am sure that once Greg died the song became even more personal. As our Peter, played by the incredible Dan Seda, was performing the hell out of this song, it made me think of some of the other musicians that have passed away. Not only that they had passed, but that they had a chance to in a sense “finish” their work.  I know that isn’t the right word for it, but they did get the opportunity to say goodbye in a way.

But what about the people that left us unexpectedly?

What would they have created if they knew their lives would be taking that big final curtain call soon? People like Micheal Jackson, who was in the midst of planning his comeback concert.  I love MJ, but would it have worked? Did he have some new tricks up his sleeve?  Or how about Aaliyah and Notorious B.I.G?  What would be the last thing they want the fans or family to know?

I seriously would love to know…

What would the Artist known as Prince have done

Hello you beautiful people!
The #hauntedhouse collection is GROWING!! This one of so cute. It is of a costume party. #spookyseason👻 #themostwonderfultimeoftheyear🎃
I am starting to get ready for #spookyseason👻
Inspired by @paulaabdul's post, today's #ShamelessCDSaturday is her #1 sophomore album released in 1991 #Spellbound.
Well, let's how this is...
I am SOOOO in love with this phalaenopsis orchid arrangement with white birch and artichoke accents! 😍😍😍 #shepretty
For today's #ShamelessCDSaturday submission, I am grooving to @cultureclubofficial's incredible sophomore release #ColourByNumbers! This is the original version not the remaster that has near 20 aditional minutes of playing time. This is *chef's 💋* a beautiful journey of #popmusicbliss.
Hey friends! Last week was freakin nuts! With this heat, I completely forgot to post my #ShamelessCDSaturday submission. As pictured, from 1991 and 1985, #straightouttahellskitchen (which is now 30 YO😯) and #LisaLisaAndCultJamWithFullForce, I served up a double dose of the amazing @lisalisall77! SOHK was such a favorite of mine and I love the contrast between these 2 albums because you hear the growth in maturity of the writing and vocal execution. In the self titled album the vocals were great. Strong and yet pretty with flashes of belting; that sort of innocent girl with a lil "don't mess with me", if you know what I mean. In Kitchen, so many more songs with some great belting phrases and sustained power notes that I love to sing along with. Needless to say, I was basically doing that #celinedionchallenge to these songs, at least while the weather permitted.
#happymonday😊 to all of you gorgeous wonderful people! May you slay your day, conquer the week and celebrate your wins when can. #goodmorningstarshine #smelltheroses
Lazy Sundays make for a well rested Monday. LOL
For today's #ShamelessCDSaturday, I submit @bbmakofficial's U.S. debut album #SoonerOrLater. Released in 2000, the biggest hit on the album was #BackHere. I am pretty certain they released #GhostOfYouAndMe as a single. I absolutely love this entire album. It is so full of beautiful harmonies and pop bliss! My favorite track is this short gorgeous gem called #Always, which is a mere handful of words, but hits so many emotions. To me, it is full of love, hearbreak, loss and hope.
Just sitting at my local taqueria people watching and having some margs..