Last, last Friday was the Art Walk in downtown San Jose.  I really wanted to at least hear one of the opera songs at Caffe Trieste, but there was seemingly no one there to sing.  Of course we had gotten to the cafe early so that we could find a seat  and not be stuck in the middle of a cluster like last time.  So right away, I was disappointed for the walk.  We left the Cafe, and walked up First Street toward Reed Street, hoping to find something else to look at, but the whole street seemed to be in the middle of shutting down for the night.  We were only 15 minutes early, why would that make such a big difference to the event?  I don’t know, but it did.  So we sat at a bench across the street from the MACLA center and waited the last few minutes.

7:59 rolls around and we begin to hear music in the MACLA center.  More people are now on the street, not much more, but enough to notice.  It’s amazing what a few minutes can do. The music was from a Latin rapper that was performing in the venue.  I tried to get an image, but all I got was some of the lights and fog. 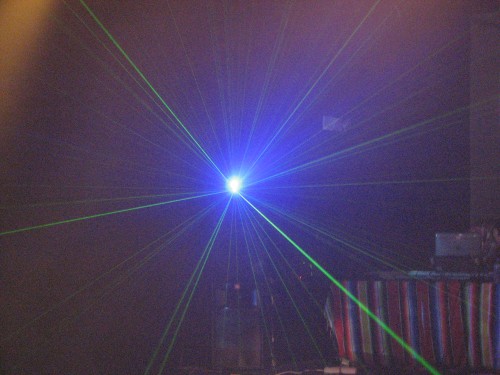 Since we were already at the end of one side of the “Strip”, we decided to head over to the Slave Labor Graphics headquarters, SLG Boutiki and Gallery instead of heading back to the beginning and staring the walk all over again.  I liked that the theme for their shop was Weirdos, Porn Stars, and Other Eccentrics. The artist behind this exhibit was Karl Christian Krumpholz who featured  portraits of people that most us know.  You can see his work HERE. I found the works stunning, and I couldn’t take my mind off the one entitled “Strummer”  so I ended up buying it.

While waiting for the transaction to complete, Karl told us of his trip to the Winchester Mystery House.  He said that he didn’t believe that Sara Winchester was crazy but rather, peculiar.  He was incredibly kind and was happy to sign my purchase. If I had the means, there were four or five other pieces that I would have loved to buy.  One of them was called “Divine” and another called “Waters” which were portraits of the eccentric director and his outrageous drag queen actor.  I tip my hat to this clever and talented fellow, and look forward to seeing more from this artist.  Just as SLG had statues available last time, they offered up a rubber figurine of the emotional Carl Cthulhu. 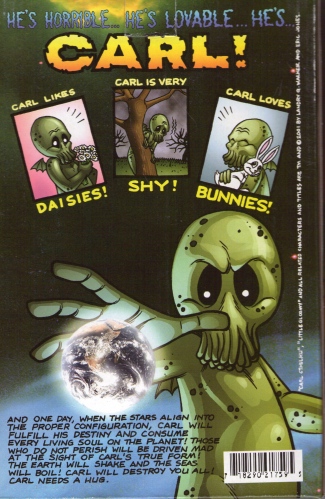 I have an extra and if you send me a comment with your definition of what a Cthulhu is, I’ll randomly select someone to get this adorable little guy!  All entries must be in by June 5, 2010.  Random drawing of qualified contestant will take place on June 6, 2010.  Good Luck!!!

The ICA still had the By A Thread exhibit, so we walked past and went into the Quilting and Textile Museum.  It was really warm in there and it was pretty full.  I only saw two things that I would consider buying.  One was a quilted work titled “The Shadow Woman”, if memory serves.  The easiest way to describe it is to say that at the forefront there is a profile of a woman made from a rich tan and chocolatey brown patterned piece of cloth.  On the other or “back” side of the woman’s head is the same profile  but using a plain almost cream colored felt.  I am not sure why but the head just seemed to pop out to me.  The background, if I remember correctly was of a sunset.  At least when I think back on it, that’s what’s coming to mind.  I don’t know why it bothered me so much, but it gave me the chills/creeps and had to stop looking at it.  But I would buy it anyway.  The other item that I liked was an embroidered post card of a superhero.  Yeah, that’s a little geeky.

We walked into the Metro offices where there was a band playing.  They sounded like mix of Dexie’s Midnight Runners and the Stray Cats.  They were decent, but it was hard to understand the vocalist because the sound wasn’t balanced well.  Once we stepped outside, though you could hear him better.  Unfortunately, there was no one to ask who they were, and no flier or anything stating the name of the band.  Shucks.  Like I said, they weren’t bad.

There were a few neat works inside MACLA that were on display before their auction that took place on the 15 of May.  You can see the works HERE.  I think the one that struck me the most was called “Carta de Amor.”  It’s a painting of a young man in jeans. The background is a mass of roses painted in a deep red.  In contrast, there’s a bright red that’s painted on it but doesn’t disturb any of the shading or detailing of the roses.  If  you look at the man’s fingers, the bright red seems to be dripping off almost as if it were blood.  Then as I stepped back to look at the whole thing again, (I thought it was supposed to be a wonky star at first glance) it looks to me that the bright red created a silhouette of a gang member type of character.  So with a title like “Letter/Card or Document of Love” it makes me wonder what kind of backstory that painting has.  It’s a gorgeous piece.

We left MACLA and tried to get into Anno Domini, but it’s always busy, and because it’s so small in the lobby, I never feel like climbing my way to see what’s going on inside. However, this time we were treated to some incredible puppets that walked around out side.  Check it out…

The puppets’ bodies and faces were made of cardboard while the mechanics were metal pipes and wood for the feet.  This is them in action.

We skipped into another gallery that was ran by volunteers, and I drooled over these amazing works… 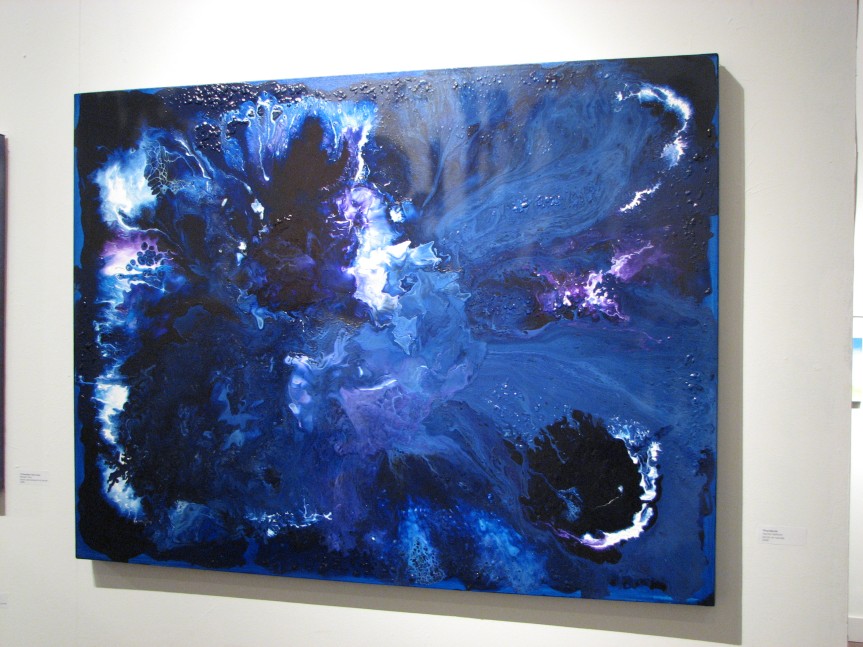 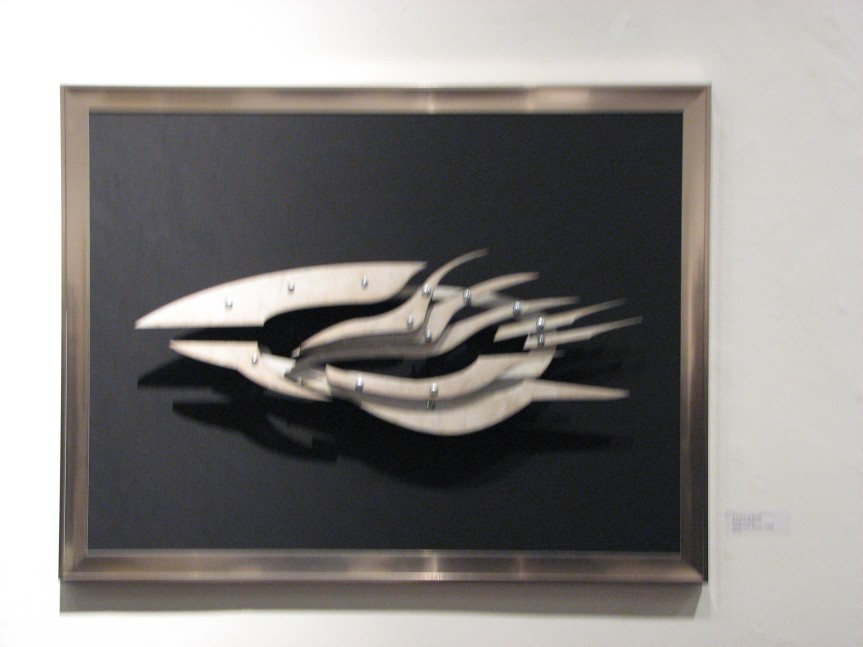 This last one reminded me of a fun little gift that my friend Sarah made for me one Christmas that used a similar idea.

Again, South First Fridays was a ton of fun.  I just hope that it won’t be a number months before I get back there again.  And a note to the venues that host musicians, Put some signs up so we know who’s playing!!